Sometimes murders happen in the animal kingdom, and who can solve it? Doctor Doolittle is a doctor, not a detective, and Sherlock doesn't speak bee or dog or whatever. So it's up to the animals, and in particular, Lord Winklebottom — a dapper detective who also happens to be a giraffe.

Lord Winklebottom Investigates is a point-and-click adventure game set in the 1920s, with classic irreverent British humour reminiscent of Fawlty Towers and Blackadder and tiny fancy outfits for all the animals. It's made by a one-woman team, consisting entirely of Charlotte Sutherland, whose title credits in the past include LittleBigPlanet 3 and LEGO Star Wars: The Complete Saga. This is Sutherland's first solo game. 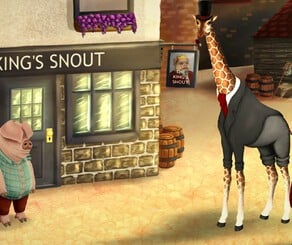 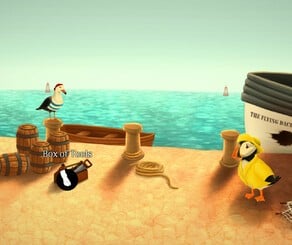 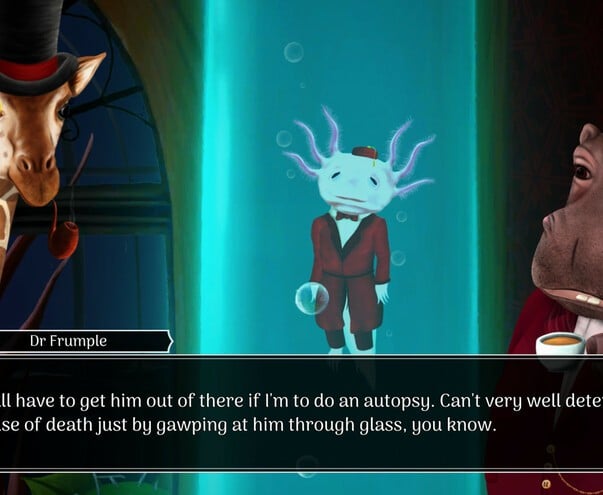 Formerly of Official Nintendo Magazine, GameSpot, and Xbox UK, you can now find Kate's writing all over the internet. She moved to Canada a few years ago, but gets tea imported from England, because she has good priorities.

FINALLY. Been waiting for this for YEARS!

Oh my god I want this. Love the anthropomorphic animals, they were massive on postcards in the late Victorian into Edwardian period which is when we traditionally think murder mysteries are set.

You had me at giraffe in top hat.

This looks really fun and whacky. Going to keep my eye out for this one!

The sub-headline is usually where the action is, but - I'm sorry, no way can anyone top "Lord Winklebottom" for suggestive body humour...

Yes! I've been looking so forward to this after playing the demo on steam.

I played the demo and talked to the amazing solo developer at EGX and I am soooo excited for this game.