Publisher V Publishing and developer Matrisoka Games are bringing frenetic pixel art combat and boss rushing to the Switch as the action RPG Fallen Angel will be descending onto consoles on 19th July.

Fallen Angel looks like a biblical version of Hyper Light Drifter with fluid animations and frantic combat, but instead, you'll be fighting archangels as the fallen angel Lucifer to try and claim heaven for yourself.

The Switch version comes with all content included with the Steam release — which launched in October 2020 — including the most recent update which includes Turbo Mode. Just in case you want things to get more chaotic! There's also a Punishment Mode for the ultimate pixel art penance.

Find out how you'll be taking down the heavenly denizens and claiming the world beyond the pearly gates as your own:

Features:
- Slash your way to Heaven’s throne with colorful 2-D pixel art, flashy animation, and an immersive soundtrack
- Explore a fearsome portrayal of Heaven inspired by the Old Testament and Biblical Apocrypha
- Use strategy to survive brutal and challenging boss battles with archangels, each with their own strengths, weaknesses, and unique design
- Claw your way through the strange lands of Heaven including high-tech constructs, idyllic earth-like plains, and floating islands
- Upgrade Lucifer’s abilities to complement a range of playstyles from parrying to brute force melee to ranged aerial combat
- Challenge friends, if you dare, in Co-op modes

The environments and enemies are not what you'd expect for a game where you're taking down angels. Many of the angels themselves are robotic, and some of the locations you'll be running through are cyberpunk nightclubs, ruins, forests, and more. Sounds like Neon White's version of heaven might have a competitor! 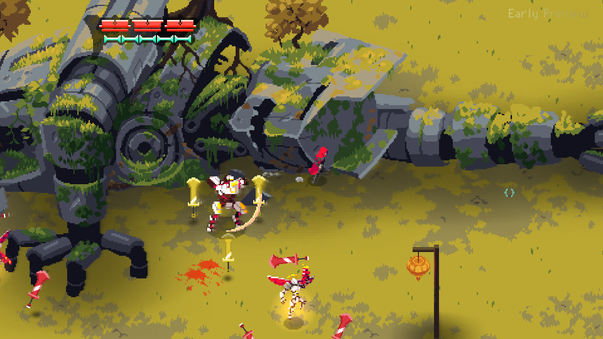 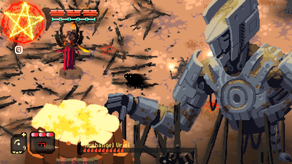 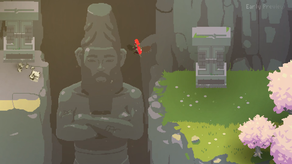 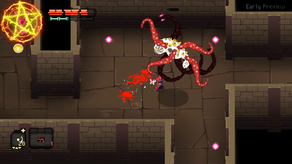 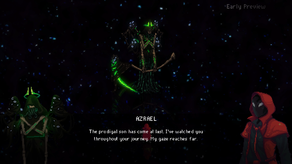 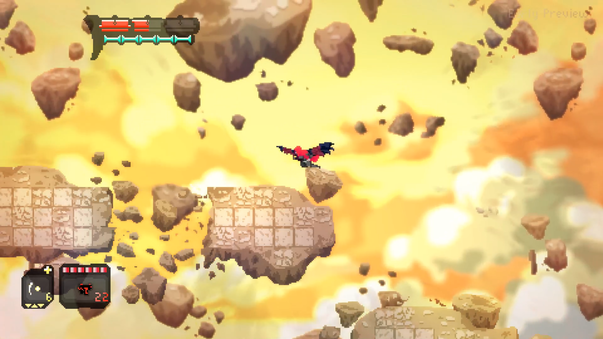 Fallen Angel launches on the Switch on the 19th July. Do you like the look of this action combat game? Say your prayers and confess in the comments!

This looks pretty good. On the radar it goes. Although, I don’t think it’ll tear me away from Sunbreak. I don’t know what will actually

Looks good, and thanks to Buffy, Sam, Dean and Diablo, I’m pretty well addicted to all things Angels and Demons. Here’s hoping it has solid gameplay and story, then I’m sold!

I think it’ll be a solid game! But I feel like…a tiny bit conflicted as a Christian playing as Lucifer trying to reclaim heaven….but I don’t want to start a big religion debate in the comments! It’s just my weird feeling on it, is all. I’m glad it does say it’s their portrayal of Apocrypha and the Old Testament.

Still need to try Hyper Light sometime if it goes on a bit better sale than half off, will add this to that same list since it looks pretty decent.

@Darkwario1 what always kinds of gets me about these kinds of things is it always feels like they're trying to be a bit insulting. The reason is if they want some sort of angels and demons thing they can easily do like Diablo where it clearly takes inspiration from things but isn't strictly based on it. I just tend to find it hard to play something where it feels like their intent is to hurt someone. I'm pretty lenient, I'm fine with Diablo, I'm fine with FFT(which is clearly based on the medieval catholic church but isn't actually the church) and other such things. It's just hard when I know someone had the option to go with an original world and instead chose one they knew some people wouldn't like.

Looks fun but it also looks like the recent flurry of pixelated indie boss rush games (Eldest Souls, Titan Souls, Wizard of Legend). The local co-op does look cool though

Man, honestly there are so many stories from the Bible that could make for some really cool games! (Not saying this feels into that category necessarily.) It would be hard to do it right without coming across as sacrilegious, but I think it could be possible.

We just need real games and not the cheesy, knockoffs of other games they did in the 90s. I'm looking at you Bible Adventures. Lol. (Though I seem to remember thinking Catechumen looked decent.)

@Darkwario1
I understand your confliction. I was the same way with Binding of Isaac and the messages surrounding religion there. I was even spiteful upon first hearing about the game. But over time I realized it wasn't bashing the religion but instead using it as a talking piece from the creators experience and the story of Isaac in the Bible. I'm still on the fence with this one though. Overall, I know where my faith stands and don't take this sort of media presentation offensive. End of the day, it's just a game. ¯(ツ)/¯

@Semioth Oh yeah, you’ve made very good points. I know where I stand with my faith, and I’ve even played binding of Isaac. And you’re right, it doesn’t look to be bashing the Bible but their own take on storeis from it and the world. And very true, just a game!

@yorumi I get that too. I know nothing else about the game aside from this article, so as it comes out, I can research more! Supernatural is one of my wife and I’d favorite shows, and we both are Christians and straight up know they took liberties on Christianity 😂 but we both recognize - and like I will with this game - that its media and their version of storytelling. If it insults the Bible and mocks Christianity, then I feel we have a problem.

@Darkwario1 yeah like I say I try to be understanding but it just feels like there's so many better ways to do things. I mean even when we say well it's just their take on the stories that doesn't work because it's often so uninformed. I just kind of feel like if someone doesn't take the time to actually become informed about what they want to make commentary on it seems like they had no motivation to be fair and instead just want to hurt.

That's why it's just so hard for me to get behind these things. It feels less like insightful commentary or criticism and more like unfair attacks. FFT really shines here, clearly one theme was the hypocrisy of the church, yet it never comes off as unfair or mean. It never feels like it's attacking something sacred but instead making fair commentary on the failures of people.

@FiveDigitLP I think your point about it "having to be done right" is one reason it hasn't really been done. Even within the realm of Christianity, there are so many ways people interpret the text that even what would be seen as "right" to one set may feel way off base to others. It would take some fine discernment to make something that pleased everyone - much less a secular market.

To stay on topic about this game though, the game looks like it could be good fun. I'd be interested in checking more about what interpretations they take and how they depict characters and situations.

@Darkwario1 I'm not religious, but you have a really valid point here. And I think if you took this premise and applied it to religions other than Christianity, some people would definitely take issue with it.

@Darkwario1 Going to be honest, this looks like some angsty teen's fan fiction with all the goofy edgy looks of the characters, the main character having a hoodie is making it look silly and the whole vibe of the game isn't staying true to Christian lore just on the story premise alone. I mean, it comes across as purposefully spiteful by portraying angels as demons.

My whole impression of this is basically, "Screw you dad, I'm going to rebel against you and not eat my vegetables."

Other than that, it looks pretty bland graphically and gameplay isn't selling me since there are better games with more fluid and better combat than this.

I'm surprised people want too play this since you would have to have low standards in taste to even consider getting this.

@Chocobo_Shepherd Just saying, even in Western media there's a whole lot of shows depicting Satan as being a tragic hero or something, which kind of goes against how he really is and what he's supposed too be, the liar, the deceiver, being hateful against others because of jealousy, trying to tempt others to do wrong, etc.

Now other religions like Buddhism or Islam never get the same treatment as Christianity, I'm guess those people would be too cowardly to even attempt to poke fun at those religions because they'll get immediate backlash and be called "racists".

It's just surprising to see how much the Bible gets misconstrued by most people, like there are some people that are like "Oh, look I read one excerpt from a book that's not canon to the Bible, Paradise Lost, and I know everything about God and Satan." Even though it's missing a lot of context and they didn't get to the part where Satan actually becomes evil.

@Chocobo_Shepherd As a Christian, I agree with your statement. Christianity seems to be the easiest to take pot shots on these days.

@FiveDigitLP This reminds me of my imagined Warriors game back then featuring the Bible's major players. David with a sling, Samson wielding a donkey's jawbone, I imagined it would've rocked.

@calbeau Oh yeah, that would have been so cool! Gotta have Ehud too with a sword strapped to his thigh!

This is news because ... people really have an ax to grind against heaven or what exactly ? Last I checked that was the last paradise left.