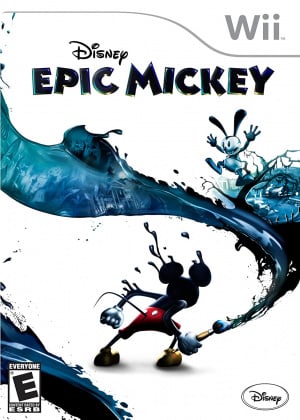 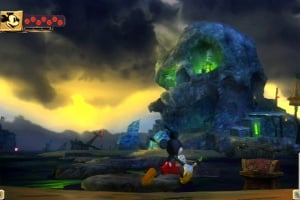 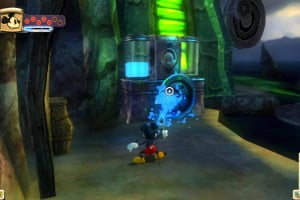 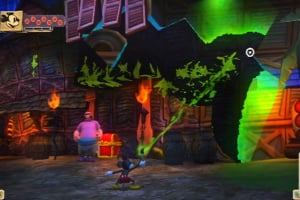 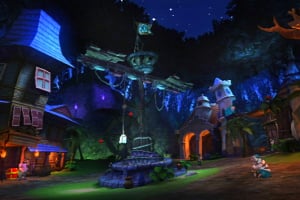 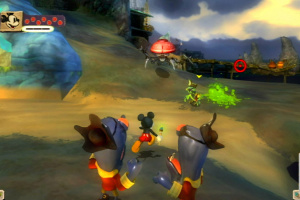 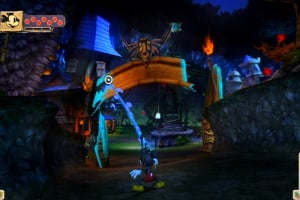 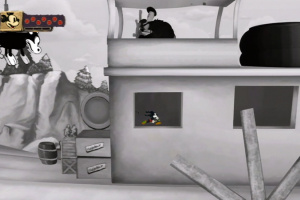 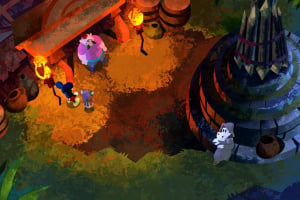 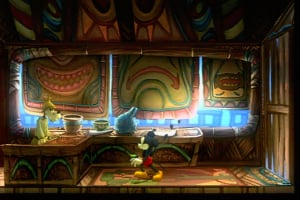 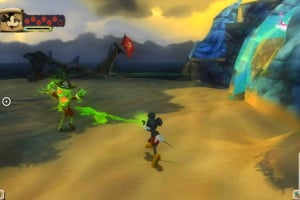 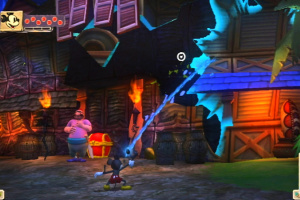 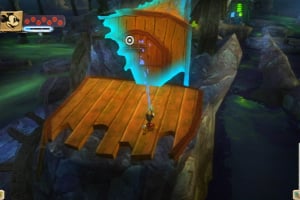 A long time ago, the sorcerer Yen Sid created a Disney theme park themed pen-and-paper world called the Cartoon Wasteland for his forgotten and rejected creations, held in an intricate model on a table, and accessible through a mirror.

Mickey, who steps through a mirror from his home and finds himself inside Yen Sid's study, sees the model, and waits until Yen Sid is gone before going back to take another look at it. Fiddling with it, Mickey accidentally spills paint and paint thinner onto the model. Hearing Yen Sid approaching, Mickey quickly cleans up and flees back to his home. However, the spill of paint and paint thinner creates a being called the Phantom Blot, who attempts to take control of the Wasteland from its first resident and Mickey's older half-brother - Oswald the Lucky Rabbit. Oswald and the other residents of the Cartoon Wasteland fight against the Phantom Blot, but he eventually overwhelms them and twists their world into a dark and sinister version of itself, forcing Oswald into hiding.

Years later, Mickey has forgotten his past transgression until the mirror in his home comes to life and pulls him into the Cartoon Wasteland. Oswald, his will lost and twisted by his jealousy of Mickey's rise to fame, has formulated a plan to destroy Mickey. The Mad Doctor works closely with the Blot, creating robotic "Beetleworx", which are strange creatures that consist of combinations of various Disney cartoon characters. He also creates animatronic "buddies" for Oswald, looking like decrepit robotic versions of Mickey's friends, as Oswald wants Mickey's life and popularity for himself. Armed with a magical paintbrush that he managed to pull into the world with him, Mickey must stop the Phantom Blot, gain Oswald's trust and save the Cartoon Wasteland.

flippin' amazing in my oppion. Just watch, this thing will blow everything else coming out to shreds.

It's real came out and how mush is it

This game looks really stuffed with oldschool awesomeness by Disney.
I bet there'll be tons of homages to old stuff.
I luckily have a book showing tons of past Mickey characters, let's see just how accurate they were.

um...why are there 2 Epic Mickeys under coming soon? ZD anyways, this game will rock.

Wow, I never pictured mickey like this!!! I want this, but dont know if I will get it;)

I heard that you can either paint the bosses with colours to rid them of the evilness that has taken over their otherwise "good" character, or you can melt them with your paint thinner so that they're nothing more than a pile of sludge. I hope this affects the story. I'd be awesome to have 2 different endings: one as good mickey and one as evil mickey.

@lex0plex Well, it'll definitely change the story. I mean, this is Warren Spector. But I dunno about alternate endings.

I know a secret about this game but I can't tell you it. Sorry.

My favorite video game of all time this is!

@BeanoWild yes it is, green power